INTRODUCTION TO THE EXHIBITION SKIN DEEP * AGNIESZKA A. WOŁODŹKO 2011

The particular dichotomy of visuality and tactility of the body could explained an idea of this exhibition. Of course it is not the matter to find a fixed interpretation or a comprehend explanation of the work of art. The path that I am to take explores Katharina D. Martin´s work as an idea of the border of the body which reaching deep into its fleshy matter brings the notion of inbetweeness. Similarly to the former exhibition that took place in this gallery, I have in mind Forest Time where next to the video Martin displayed things that were, using artist´s words, “sculptured” during making the video. She exhibits Rosskur in a similar pattern, next to the flat screen of the video there are objects of her garment. They should not be treated as a simple documentation, neither as separate from the video itself. They both, video and things create an unique space in which the spectator finds itself as suspended between artificial and real, between visual and tactile. In a way, through this interrelation, we find ourselves as connected to a living and tactile spatiality.

The awareness of our body is strengthen by the use of a sound. It’s aesthetic is highly connected to the sensual body. To understand the sound is to first fell it before measuring melody by fixed intervals. This rough monotonous even sound with which Martin plays seems to be the vibration of life measured by the fleeting moments of one’s steps. We are held in a loop of life and death – the monotony of time. When we look at another art work, 'LH objects that were hand made out of latex and filled with human hair, the idea of inbetweeness take a form that evokes sewing. When we sew two distinct materials, we usually try to universalize them into one. But Martin does not hide the stitches. Rather than forming united wholeness, she flourished the stitched outside so that they can be seen.

Such an emphasis does not have an aspiration to unify but rather to strengthen the open, undefined character. In such an inbetween state she not only traces the gaps or provides new one but seems to suggest ways of interrelations. In Martin´s case, this tension in the old dichotomies and paradigms like an opposition between natural-artificial, tactile-visual, animal –human are in a constant vibration. This interrelation, however, cannot be done through a simple contemplation, visual perception. In order to know the object you have to touch it. This simple act of touch opens the experience of relations where an obscure object becomes suddenly the thing with which we become related to.

An intriguing work because highly visual at first glance is <a href="http://www.k-virus.de/site/art/white-wax-wall/">White-wax wall-installation</a>. One would say it is senseless, highly impersonal or even cold. But when looking closer, so that the structure of the wax comes to the fore the tactile feeling of softness or maybe even warmth appears. The wax is indeed a strange and ambiguous medium. It was a favorite medium of anatomists because of its flexibility. It can be effortlessly formed, modeled with bare fingers and changed infinitely. Finally, it can brilliantly represent living body, it served to perfectly imitate skin as well as bodily interior. But Martin does not uses wax to represent the body. The white marble plates hang here almost silently making the wall almost cold in its minimalistic far from bodily expression. And yet, the temporality, fragility and strange inform about which wrote the French philosopher and writer George Bataille comes into spectator.

The wall evokes Bataille’s idea of desublimation which is the process in which the solid transforms into gas. Bataille asks, what happens when we remove an eye from the head and insert it into the body? For him, the true act of seeing is through the inner, tactile experience. However, when the order is destroyed, when the eye is dislocated we first become confronted with unfamiliarity. Beginning from a deconstruction of the body as a hierarchic pyramid where the eye stands for the reason, the transformation ends at the notion of the various infinitely differentiating parts of the body where none of them has some sublime role or position. So we suddenly became aware of the lack of a presence of the organized body with which we seems to be familiar. We are literally in between, held in the very notion of insufficiency, between the urge to sense its warmth and the inconvenient notion of the death of the marble, in the state of overwhelming uncanny and formless.

In this exhibition Martin, undertakes various problems with regard to the body subjectivity and human identity. Capture between animal and human, visual and tactile, contemplation and relation the artists opens for the spectator the dimension of not only questioning these oppositions but seems to trace the ways of how to transgress them, namely by embracement and interrelation. 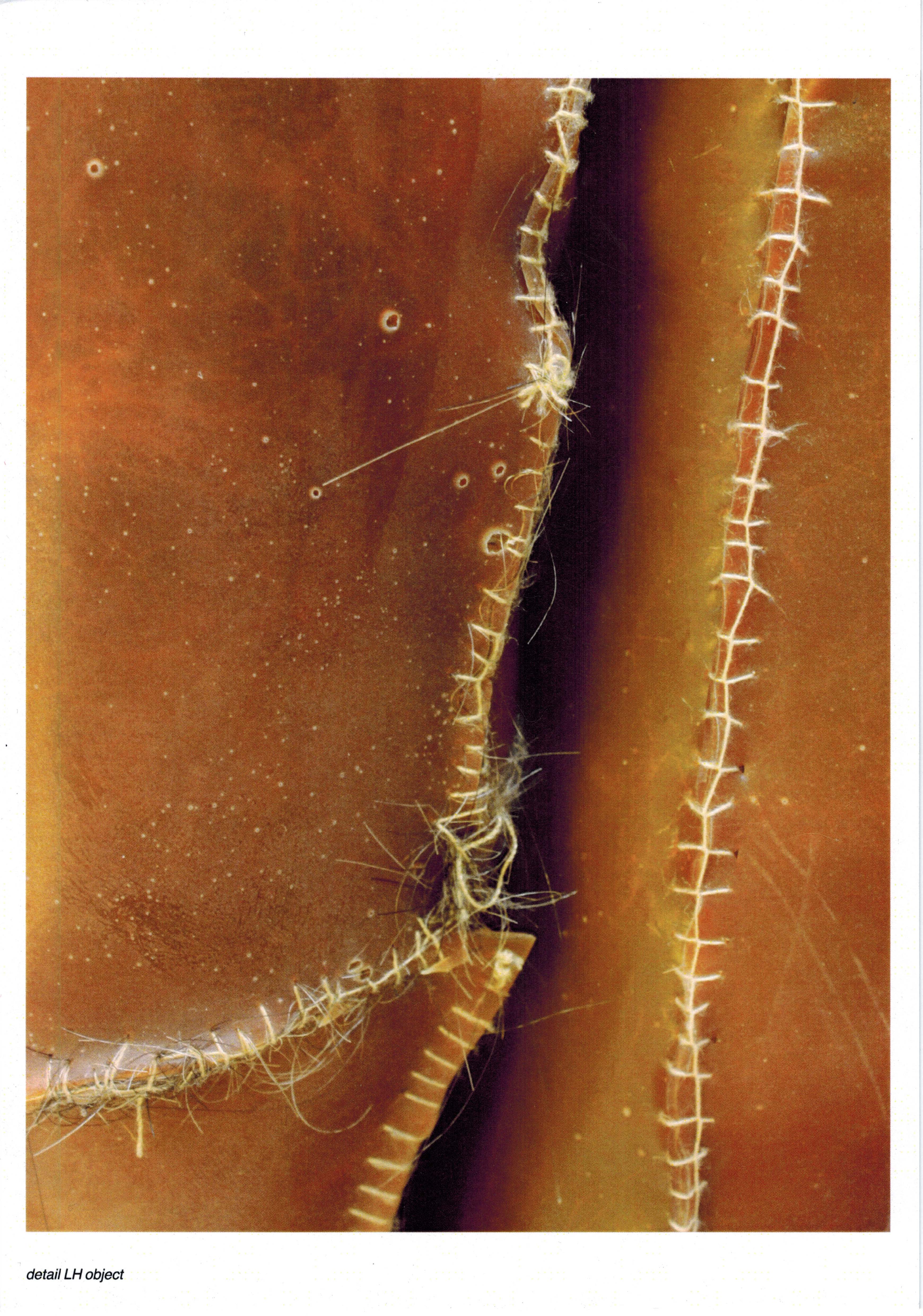 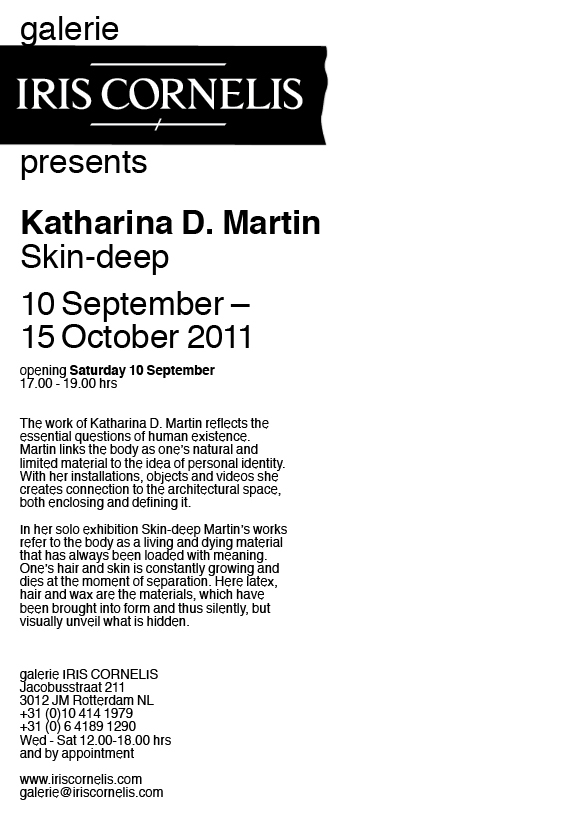