INTRODUCTION TO THE ART OF KATHARINA D. MARTIN * AGNIESZKA A. WOŁODŹKO 2011 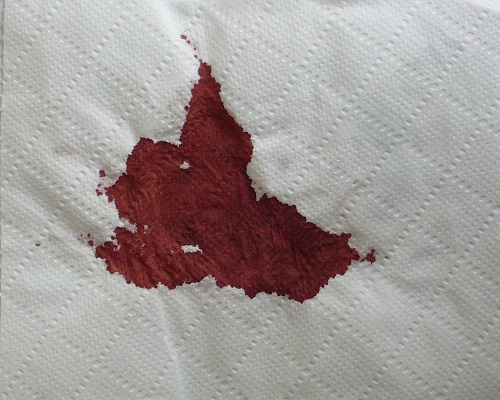 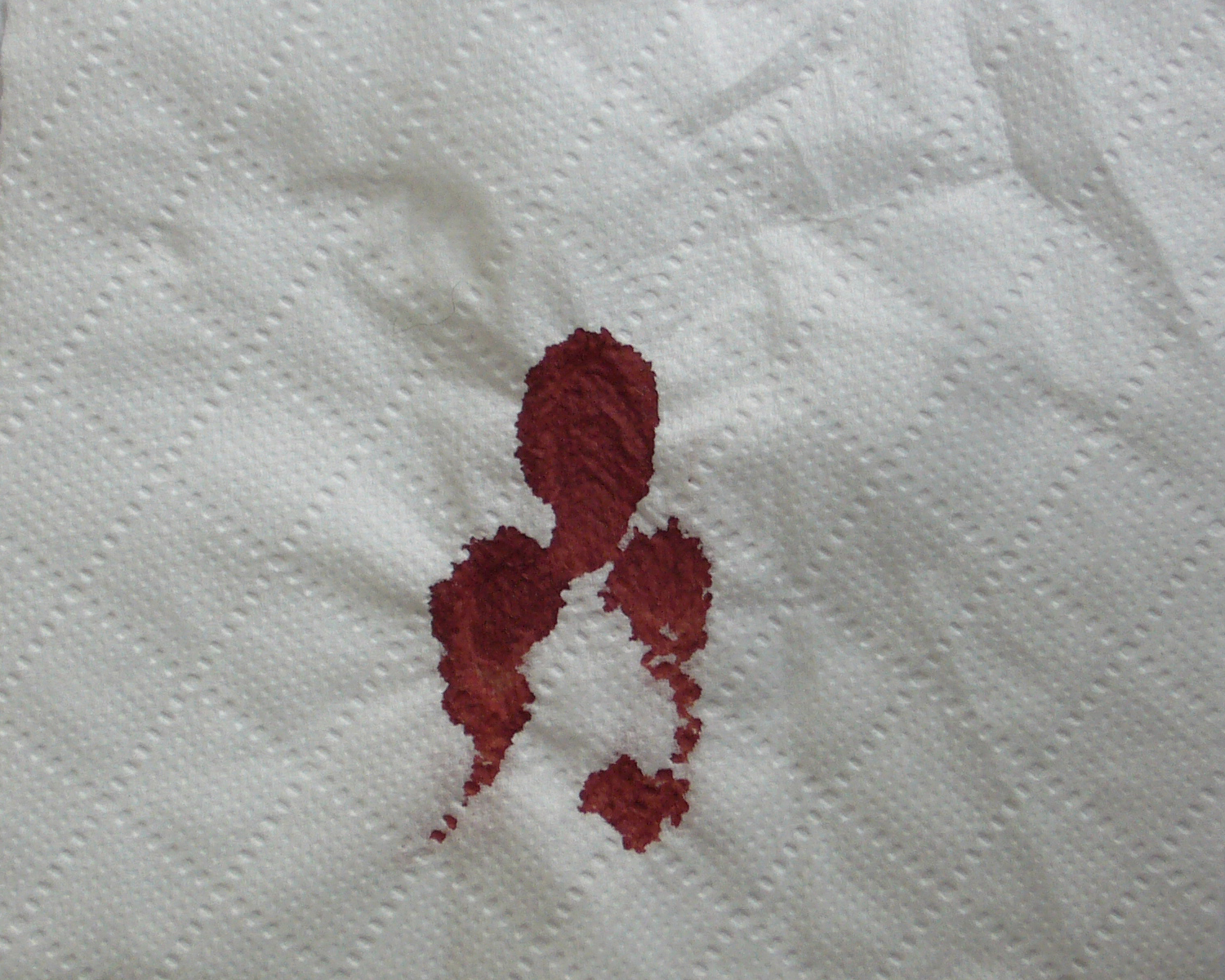 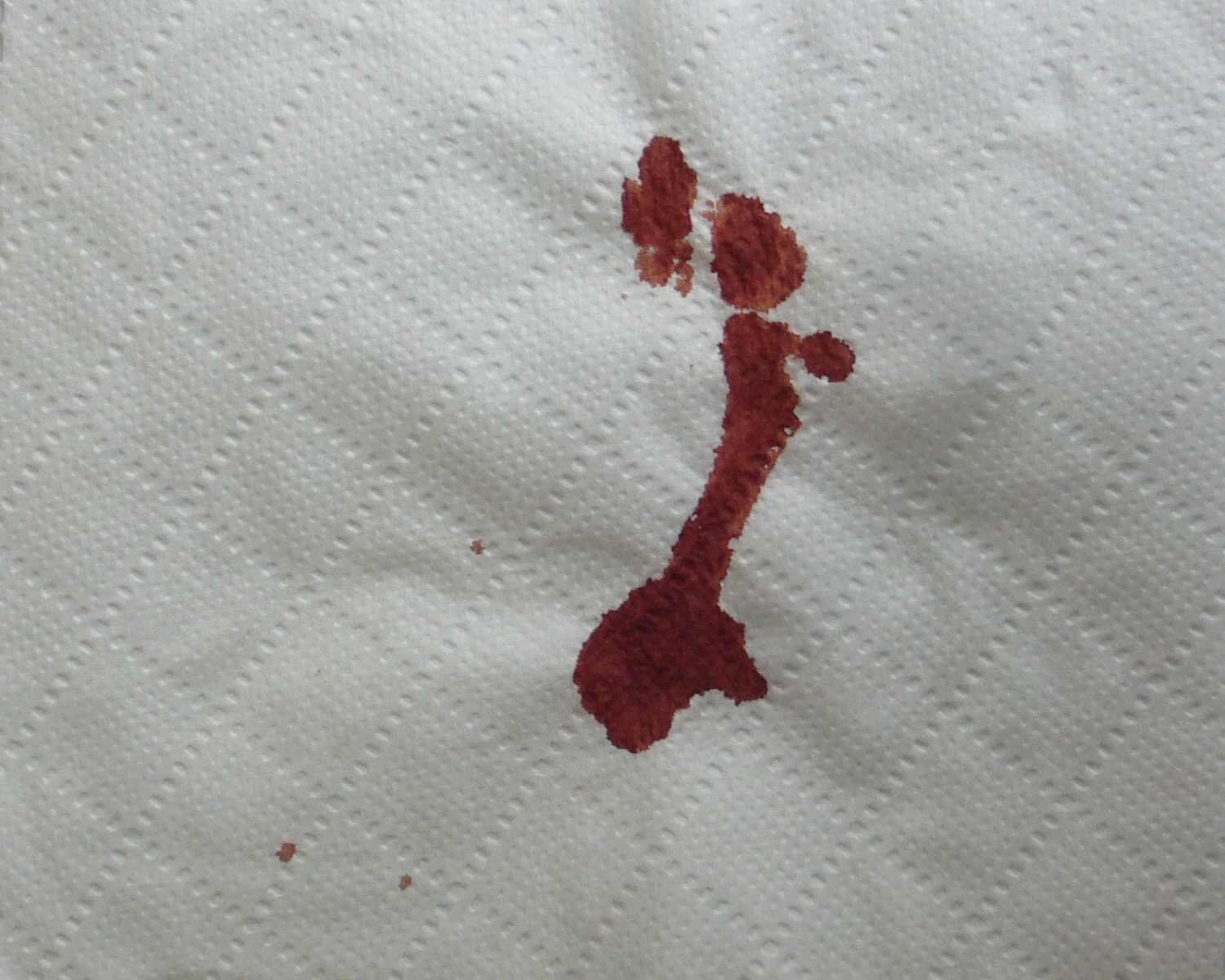 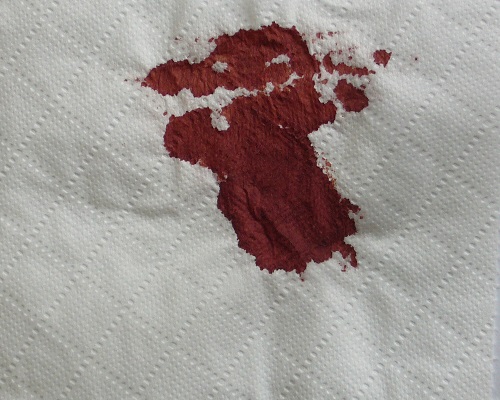 If first there was a word what did it represent – the world around us, perceived objects, sensed emotions? How did it come that the name contains such a burden of contents and consequences? If it is really as a philosopher Wittgenstein said that our world ends on what can be named, what happens with unnamed? Does it disappear in the shadow of our consciousness? Katharina D. Martin seems to silently but visually unveil what is hidden under the net of the commonly agreed definitions – words. The artist uses a variety of medium in her art work like rejected body materials or video installations. Through the creation of word’s neon she interrupts the sphere of intimacy as if the existentialist’s peeper should not be ashamed any more. She performs using her body sometimes in an self-hostile way. Finally, the artist plays with the time. She freezes moment and stretches it what brings the present time into awareness. How does the artist expose the unspoken? To answer that, we first have to consider the theory of structuralism.

To give the sense to the world that can be perceived the human being had to classified it using the language. The language enabled him/her to differentiate things from each other. The sufficient methods that have been chosen were to create the opposition in order to separate the definition of a single object. Following that the right is opposite to the left, the front to the back, the woman to the man. These contradictions support each other and cannot exist meaningfully without the comparison of one to another. Language as a system of binary opposition is considered to be closely connected with culture. This relation can be described as diachronic: “mostly through the language (…) we learn about our own culture” as well as the language is “a condition of culture” (Lévi-Straus, 1968). Claude Lévi-Strauss noticed that language and culture has the same elements out of which they are both built, namely the logic structure, oppositions and correlations. However, as he states, the structure of opposition has begun differentiate so drastically that finally it stopped embrace the whole spectrum of phenomena (Stomma, 2006). Therefore, what cannot be put in the structure of opposition is considered not to be existing in the language and culture. In other words, is treated as a taboo. According to Franz Steiner (1967), taboo, irrespective of the complexity of its meaning and usage, express all that what is deemed as a danger to individuals, society and its values or rituals. For that reason, homosexuality, hermaphrodisme or any other sphere of our life that cannot be classified in patterns is socially unspeakable or persecuted.

Jacques Derrida, known as a poststructuralist, takes a step further and states that language is not a balanced, closed system. It does not have a static structure either. Words do not stand against one another firmly but they perpetually differentiate, change its position, overlap. According to philosopher, the word’s meaning constantly points away not to what they represent, namely signified, but to another word’s meaning. This movement of meaning is endless and independent from the user of language (Harland, 1978). Derrida names this phenomena as a dissemination of meaning which Richard Harland explains as “the state of perpetually unfulfilled meaning” of the word. Derrida asserts that there is no fixed meaning as it constantly slides down. Once the dissymmetric system of opposition and unfulfilled meaning is recognized it becomes a pattern (Derrida, 1081). In order to cognize the world we should constantly deconstruct patterns, question linguistic schemes and cultural norms. Only by dealing with ambiguities, false cohesions and oppositions can we elaborate our own language which would enable us to perceive the world by our own eyes.

Playing with what is unsure permeables Martin’s art work. She asserts that “something loses its taboo once you pointed it”. However, the artist reveals what the philosophers overlook, or rather what they do not sense. Lévi-Strauss as well as Derrida, regardless of their description of language closed world in its structure. Consequently, the limits of language restrict our scope of experiencing the world. It is owing to the perception which is dependent on the language that we can only be aware of what have already been named and put in memory. According to Derrida, we more experience our memory than the world in itself. Therefore, philosopher places a great emphasis on the present moment as only then will we be free from limitation and prejudice of our perception and cognition. However, through the language the direct perception of the moment is not possible. As the philosopher explains, “the perceived may be read only in the past, beneath perception” (Derrida, 2002). Therefore, Katharina D. Martin explores the world before verbal reflection. Through constant question and play with what can or cannot be expected, she draws attention to the very moment using - different from traditionally expected tool – her own body.

Discovering the crucial significance of the body, its cognitive possibilities in areas which are generally considered as merely intellectual are the ideas of Katharina D. Martin’s art work. However, by using rejected body materials the artist not only reveals but explores the ambivalence of our body. As the domination of the intellect was omnipresent in the philosophical tradition as well as in the whole European culture the body was not a reliable method of grasping the truth. In philosophic tradition, the body epitomized the imperfection, weakness, and due to its fundamental and multiple ambiguity was rejected from human cognition. Richard Shusterman summarized crucial levels of body’s vagueness, namely body “express our double status as object and subject – as something in the world and as a sensibility that experiences, feel, and acts in the world (…) I both am body and have body” (Shusterman, 2006). Furthermore, it is an example of human as individuality as well as a species. This occurrence of the body between the nature and culture constitutes the human being “(…) between power and frailty, worthiness and shame, dignity and brutishness, knowledge and ignorance” (Shusterman, 2006). This difficult indefiniteness of the body was the cause of rejecting it into the sphere of taboo. Edmund Ronald Leach, the professor from Cambridge, is said to describe to his students this process of negation: “I come out from the toilet, before I launch the water I look at the fruit of my labour. And there is the question: what is it? What is the nature of excrement? Just before this moment it has constituted me and now is beyond me. Is it still me or not?” (Stomma, 2006). This is a tangible moment of the deconstruction of the body, the Roman Ingarden’s solidarity “I” with the body, the unity which spread out till the ends of toes, as the philosopher describes. The body is left in the state of suspension toward what is outside. When “I” lives in a body, “the body begins to be something from myself”, Ingarden admits; “touching something with my fingers, it is I who touch this object. I am not only using my fingers, my arm (…) but also I am everywhere in my body till the ends of my fingers, partly, as if I were my fingers” (Ingarden, 1987).

Katharina D. Martin uses the ambiguity and disputableness of human carnality as an expression of the omnipresent pluralism, the multiplicity of meanings and answers that cannot be fixed. The self-hostile video installations or performances (pillowed / stick) confirms what Judith Butler presents in her gender theory: what cannot act the gender patterns is aggressively rejected (Butler, 2009), or move into the sphere of taboo as Levi Strauss noticed. Regardless of their mutual contradictions, the social patterns are functioning in the culture by restraining the particular behavioral models on human. Between masculinity and femininity, fertility and sexuality, individuality and society, life and dying there is no fixed and obvious boundaries. Even if the pluralism is omnipresent and has a possible state it is closed, restricted and manufactured in social practice, Martin asserts.

Furthermore, the artist neglects the weakness and fragility of our body in order to bring attention to its experience. As Merleau-Ponty confirms, only through fragile, imperfect body can we experience and understand the fragility and imperfection of the world (Shusterman,2008). However, Martin following the sensual, tactile cognition, explores something much more complex and profound, namely she reveals the human unwillingness to experience the “now”, the being. The profound need to be in the moment in artist’s performances creates the sense of being in the untouched and unspoken reality where the awareness of human defect to name everything is present. Being between the definition, unchanged opposition, Katharina D. Martin deconstructs the name of things in order to see not necessarily the truth but what is hidden. The artist charm away what is unspoken depicting and placing it in the time and space. According to Merleau-Ponty, “our view of man will remain superficial so long as we fail to go back to that origin, so long as we fail to find, beneath the chatter of words, the primordial silence” (Merleau-Ponty , 2009). Martin seems to constantly point and play with what embraces this silence.

Moreover, Katharina D. Martin reveals one more aspect of being in the “now”. Her video Asche auf mein Haupt discloses the necessity to be aware of the moment. This pursuit the “now”, not having the nature of epicurean phrase “seize the day”, exposes the human chase after the infinity, the rejection of the thought of death in spite of its immovable presence. Michael Foucault named such a human being the homo oeconomicus who “is the human being who spends, wears out, and wastes his life in evading the imminence of death” (Foucault , 2009). Living in the past or future one is surrounded by the souvenirs and objects that testify one’s unquestionable identity. The consciousness of oneself is the consciousness of something formed, already created which corresponds to unconditional, irrefutable constancy in the world. Contrary to the cognition of language as a naming of being that brings things to the status of being (Heidegger, 2000) Katharina D. Martin is searching what is beyond this language, is exploring the silence. She plays with what seems to be vague exposing delusiveness of what is considered as fixed and unchanged; and all of this is to comprehend oneself – before classification, formation – in the constant potency of being. Just as Witold Gombrowicz, the Polish writer, stated: “to be somebody is to incessantly get to know who one is, not to know it in advance” (Gombrowicz , 2004).