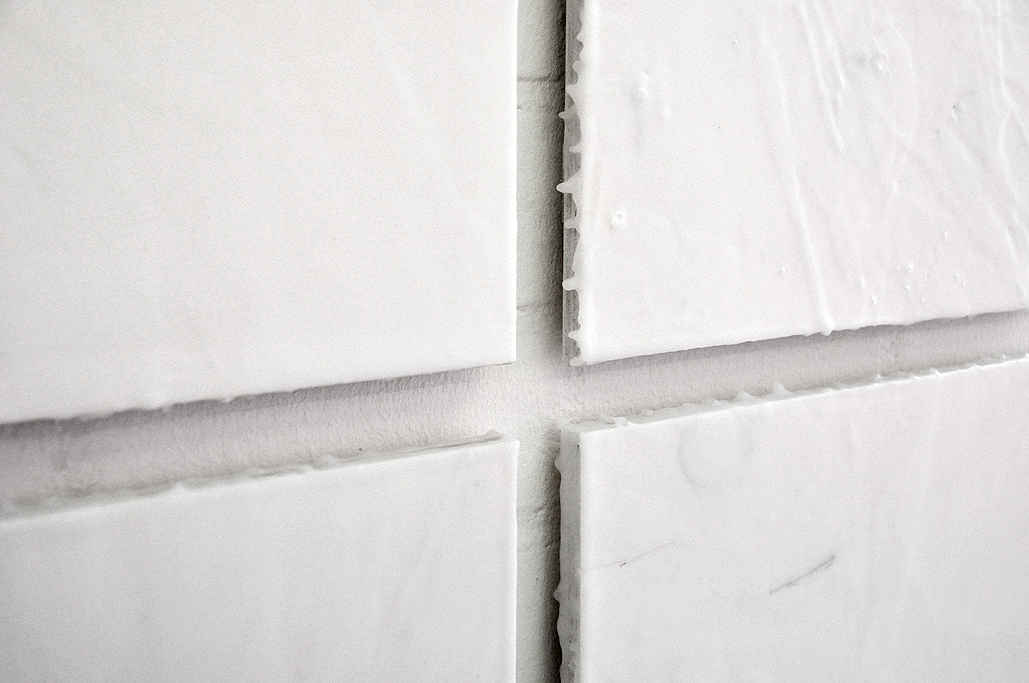 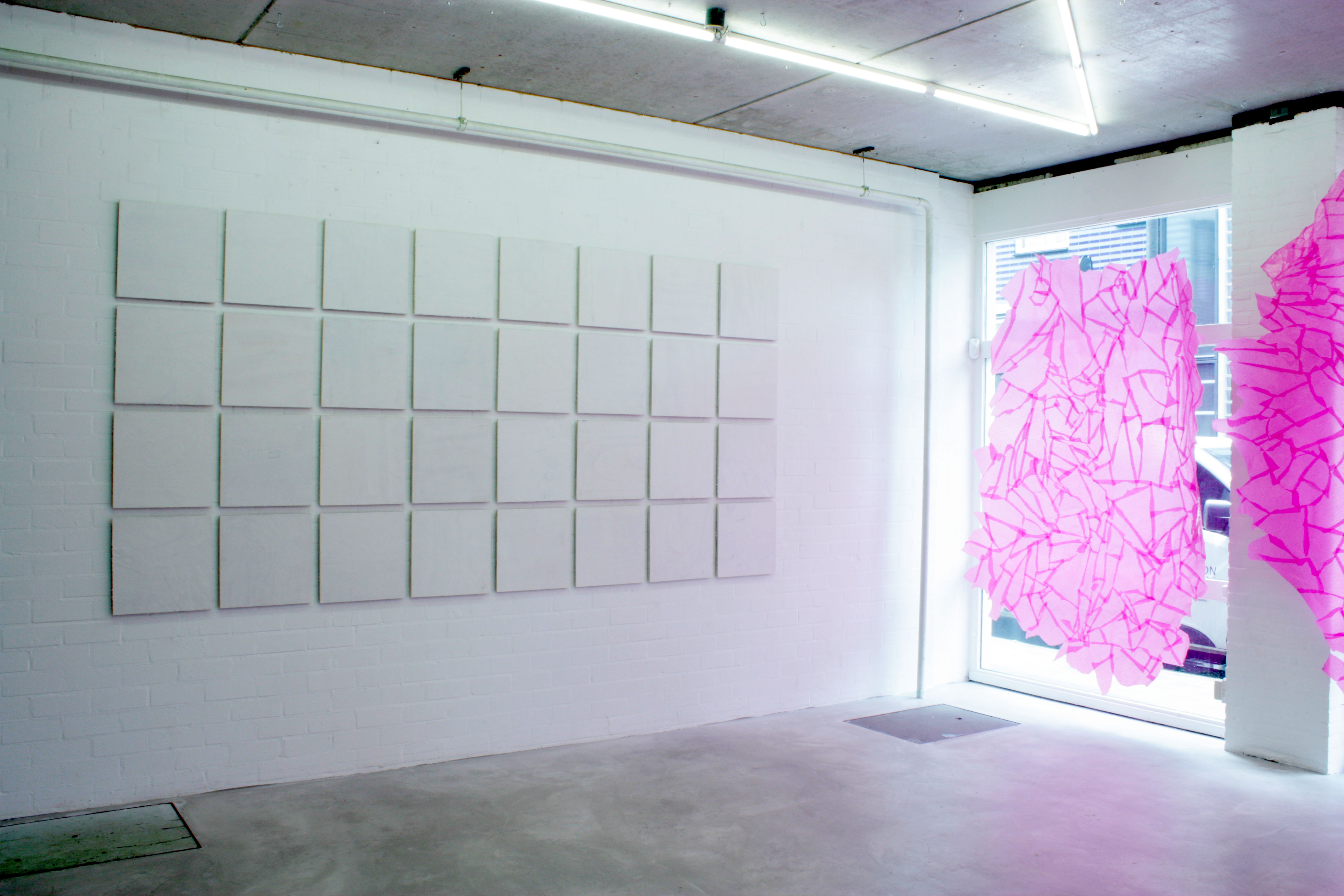 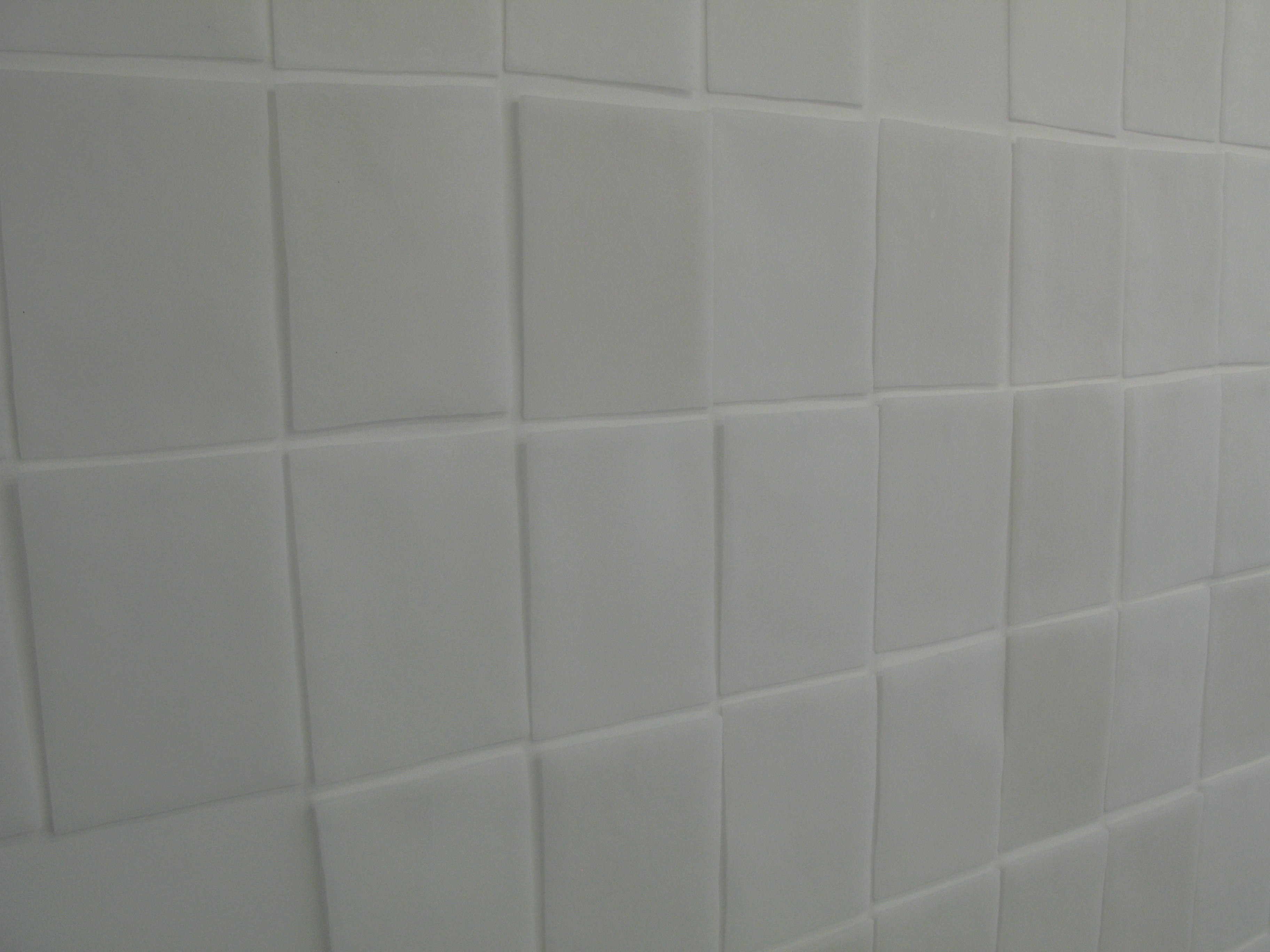 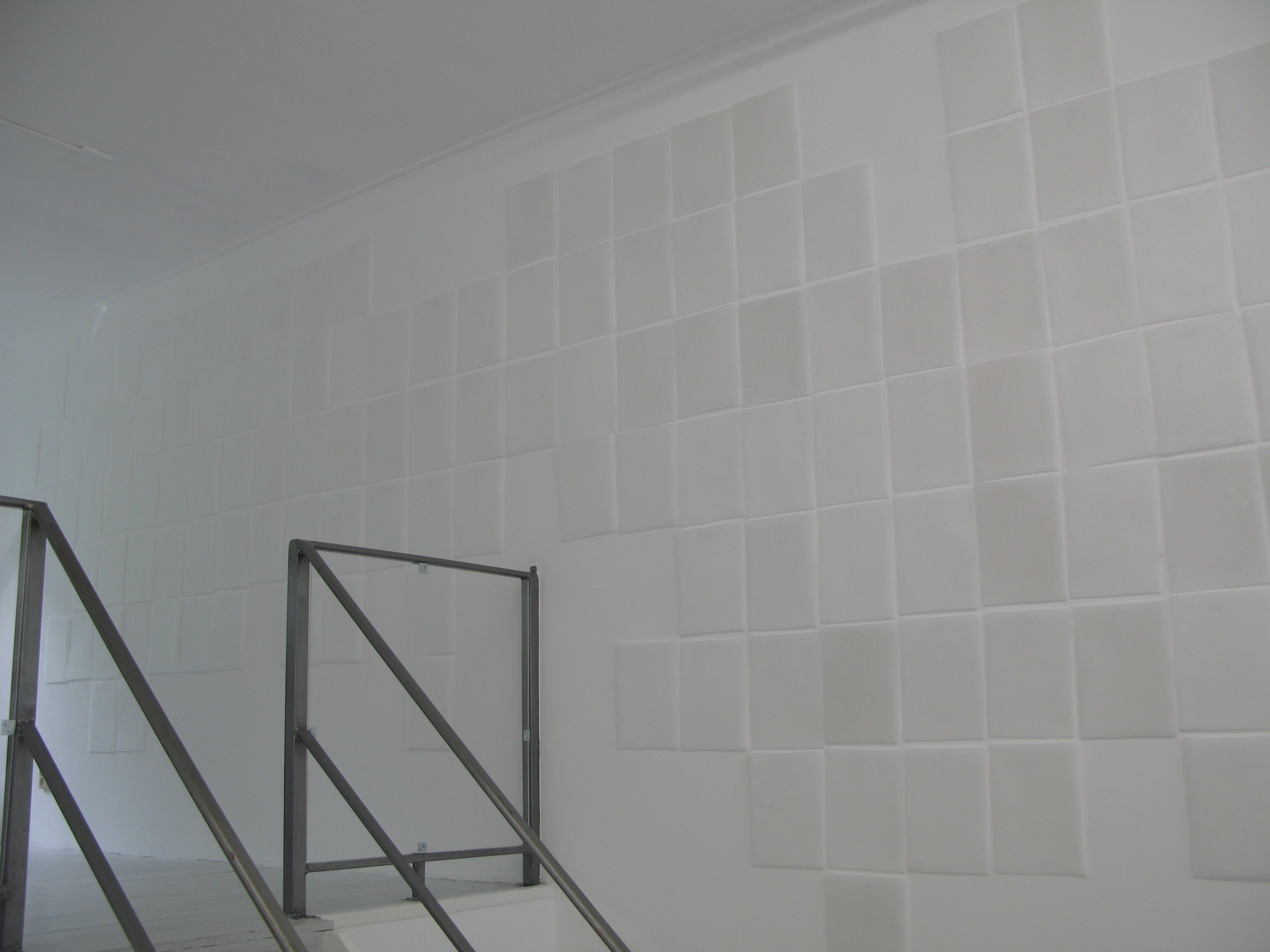 'An intriguing work because highly visual at first glance is White-wax wall-installation. One would say it is senseless, highly impersonal or even cold. But when looking closer, so that the structure of the w ax comes to the fore the tactile feeling of softness or maybe even warmth appears. The wall-installation which extends over the two floors of the gallery space is composed of individual white wax plates. The single pieces are in the size of an Din-A-4 paper, and it almost appears to be a wall filled with empty pages. Empty pages which all could be filled withone's ideas and wishes. At a closer look one becomes aware of the wax, which has been used to handmold the wall pieces. Since the 16 Century wax was the favorite material for body and organ-model. The softness and the satin glance gives the impression of living skin.

The wax is indeed a strange and ambiguous medium. It was a favorite medium of anatomists because of its flexibility. It can be effortlessly formed, modeled with bare fingers and changed infinitely. Finally, it can brilliantly represent living body, it served to perfectly imitate skin as well as bodily interior. But Martin does not uses wax to represent the body. The white marble plates hang here almost silently making the wall almost cold in its minimalistic far from bodily expression. And yet, the temporality, fragility and strange inform about which wrote the French philosopher and writer George Bataille comes into spectator.

The wall evokes Bataille’s idea of desublimation which is the process in which the solid transforms into gas. Bataille asks, what happens when we remove an eye from the head and insert it into the body? For him, the true act of seeing is through the inner, tactile experience. However, when the order is destroyed, when the eye is dislocated we first become confronted with unfamiliarity. Beginning from a deconstruction of the body as a hierarchic pyramid where the eye stands for the reason, the transformation ends at the notion of the various infinitely differentiating parts of the body where none of them has some sublime role or position. So we suddenly became aware of the lack of a presence of the organized body with which we seems to be familiar. We are literally in between, held in the very notion of insufficiency, between the urge to sense its warmth and the inconvenient notion of the death of the marble, in the state of overwhelming uncanny and formless.'