On display will be objects and a video created during Katharina D. Martin's Watermill Center residency. The artist took advantage of the Watermill Center’s unique locale, in addition to its resources for interdisciplinary work. Entitled Forest Time, her project entailed her living, glamorously dressed throughout, in the woods surrounding the facility — and filming herself over the course of several days, fully attired like a Marilyn Monroe-esque female icon, with a fresh manicure, makeup, evening wear, and high heels. She carried out traditionally feminine activities, in addition to acts of survival and play, while living outdoors at Watermill. As she inhabted this striking incongruity—dressed up in artifice in a natural environment—Martin revealed the absurdity of classic signifiers of glamorous femininity.

Forest Time expresses the need to bring to the world its dynamic, relational character, with and in which we are mutually connected. It indicates thus a place as having the worldly character, relational, which we can encounter not through mathematical, geographical description but through actual involvement. This act of leaving, habiting in the place as relational spatiality becomes prior to any rational, universal description. Through things thus Forest Time not only rejects the binary oppositions between mind-body, vision-touch, thing-art, real-metaphorical, object-subject as an old dichotomy, but reveal that we can understand ourselves and our place as mutually related being. 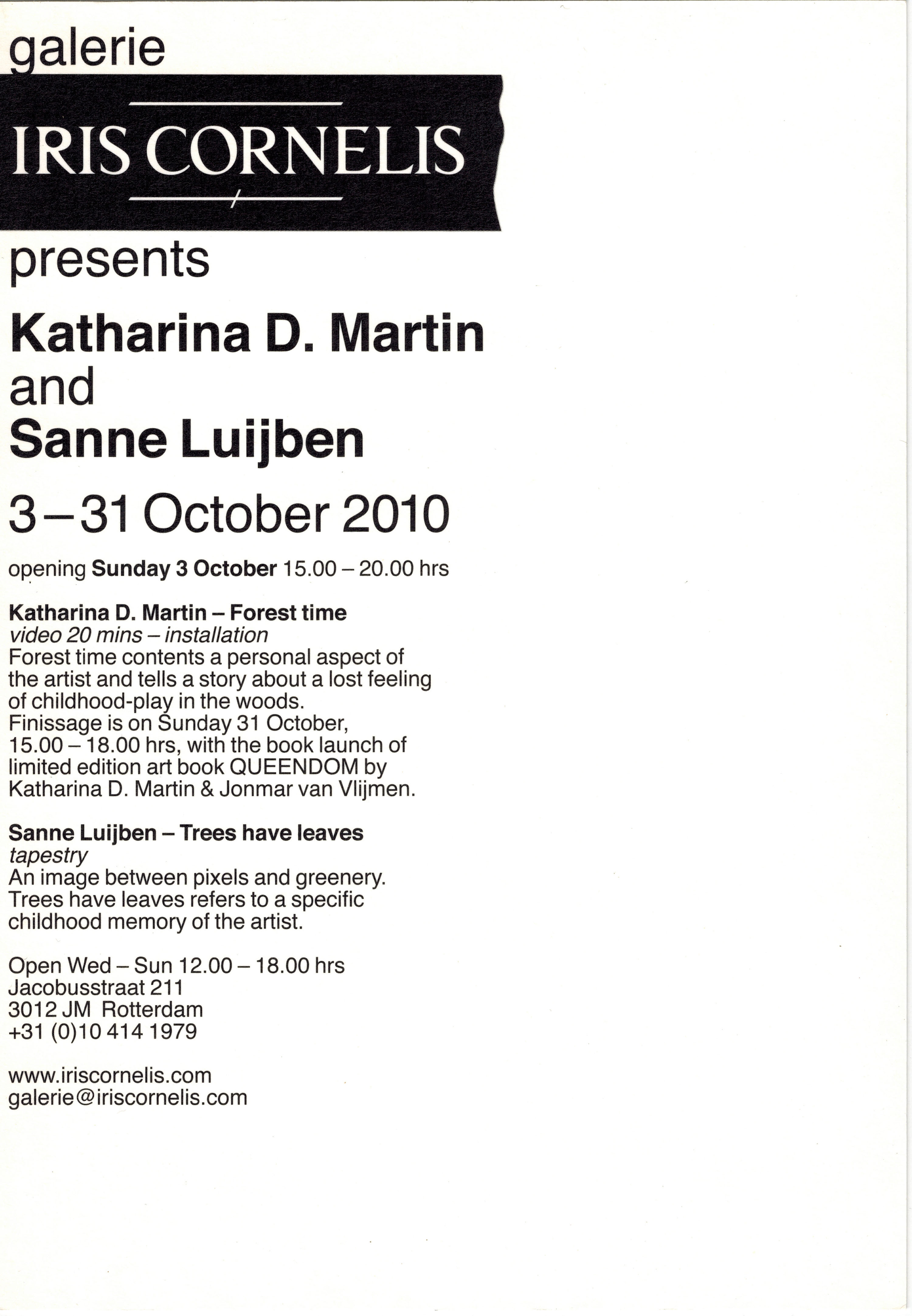