INSIDE OUTSIDE OTHER, THE BODY IN THE WORK OF GILLES DELEUZE AND MICHEL FOUCAULT * ACADEMY OF FINE ARTS MÜNSTER Nov 18 - Dec 01, 2013 International Conference organised by Ann-Cathrin Drews and Katharina D. Martin

Both Gilles Deleuze and Michel Foucault were intensely engaged with aspects of the body. In particular, their critical drafts of aesthetics as much as their political thinking are based on conceptions of the body and corporeality. The aim of this interdisciplinary conference is to examine the significance of the body in Deleuze’s and Foucault’s works. This is particularly relevant in view of the intellectual exchange between the two philosophers. Specifically this event provides the possibility of tracing connections and contrasts between the two thinkers’ conceptions of the bodily and thereby complement the existing reception.

Deleuze's body is flexible, fleshy and abstract at the same time. Following Spinoza, in asking what the body can do, he unfolds his theory of becoming, becoming animal, becoming other. The potentiality of the body is revealed here as being in a state of nomadism and constant transformation. Together with Guattari he develops the concept of the “Body without Organs”, as an event through which hierarchies and codes are dissolved. Foucault first of all attends to the body within his analytical investigations of power relations. In his late works and under the heading of an “Aesthetics of Existence“ he reformulates his thematic constellation between subject, truth and power. In the context of his reception of antique technologies of the self, the materiality of the bodily comes to the fore and leads to a revision of thinking alterity. 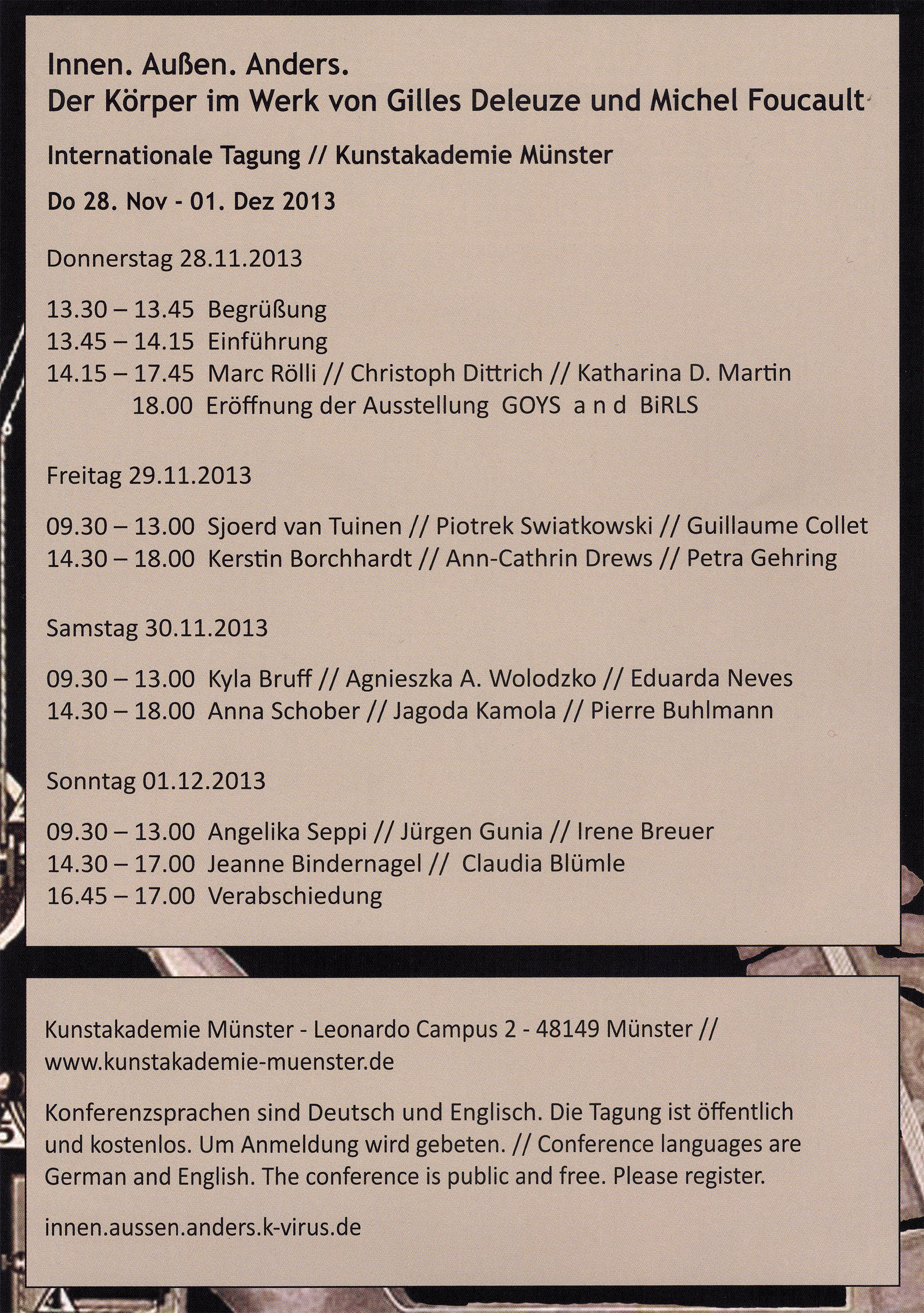