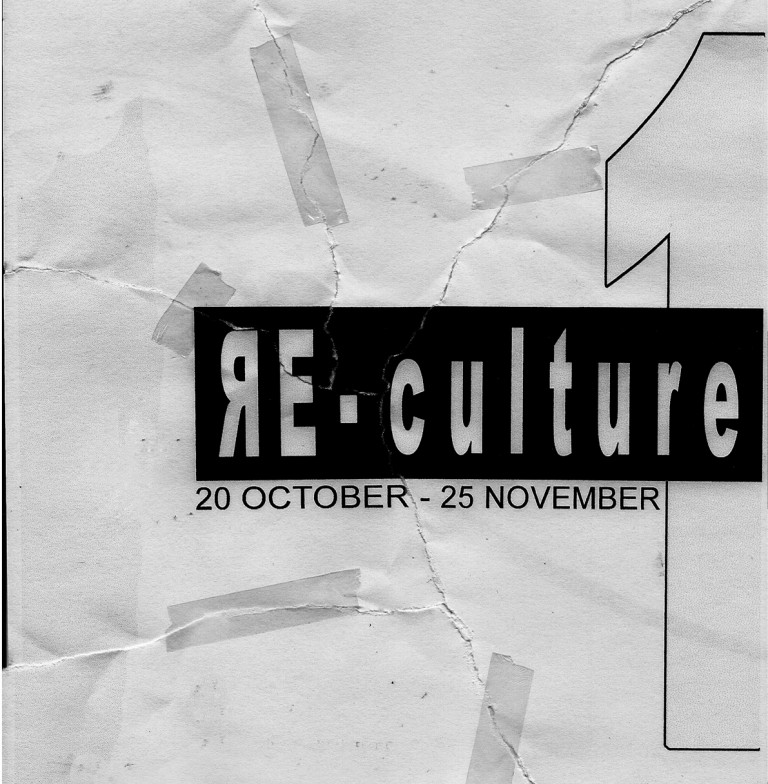 ATTRACTION OF THE OPPOSITES presents "ACTING OUT", a screening of works of 8 international artists who embed role-playing and moving image in pursuing of their projects. The compilation varying in style and scope brings together artist performances ranging between documentary, animation and video art. "Acting Out" investigates the role of the artist as director, researcher, messenger, mediator and executor; from the politically engaging work of Gil & Moti and Katharina D. Martin and the socio-political approach of Duro Toomato, delving into the subcultural movements of Alexis Milne to jump into the fictionalization of reality of Kiki Petratou and the eccentric rituals of Martin Hansen and on to the personal inquests of Adonis Migkos and Alexander van Merle.

Art in Progress introduced and organized the first international exhibition RE-culture 1 in Patras. RE-culture 1 was held in the Argyris Market and hosted important artists from all around the world and from different areas of Fine Arts. The cultural event was founded under the auspices of the Ministry of Education, Religious Affairs, Culture and Sports, the Municipality of Patras, the University of Patras, the Athens School of Fine Arts and the Association of Hellenic Tourism & Travel Agencies-HATTA.

The cultural event │RE-culture 1 formed for the first time in Patras, a modern cultural activities platform, providing the opportunity for the general public to have different approaches of contemporary visual arts both in Greece and abroad. The dynamics of RE-culture 1 unfolded in three parallel areas: The first axis was formed by a Visual Art exhibition of contemporary works of Art. The exhibits covered all areas of art, such as painting, sculpture, engraving, construction, video-Art, performance etc. So more than 8,500 visitors had the opportunity to appreciate closely the trends of visual arts. The second axis integrated parallel performances held in the city of Patras within RE-culture 1. The third axis gave a large number of citizens, the opportunity to participate in workshops about art. Every Saturday and Sunday, 26 artists from Greece and abroad imparted their knowledge and their positive energy to more than 800 stakeholders.